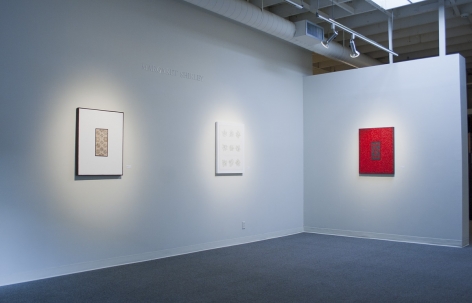 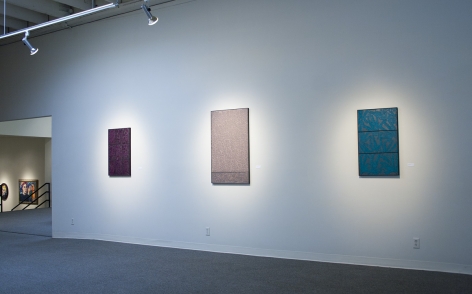 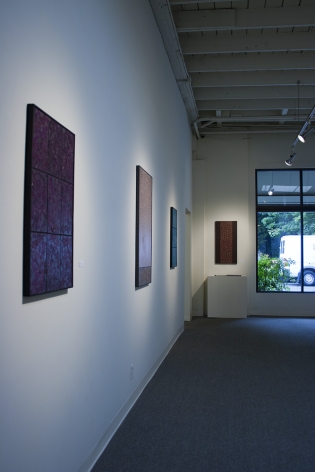 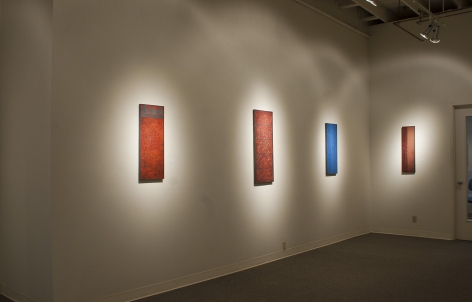 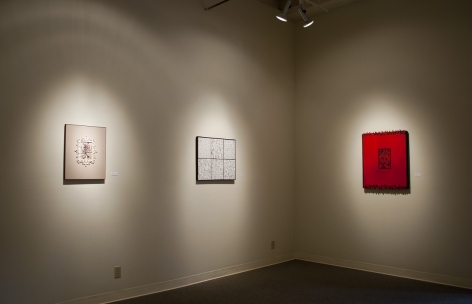 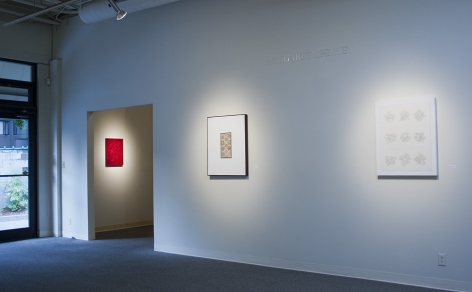 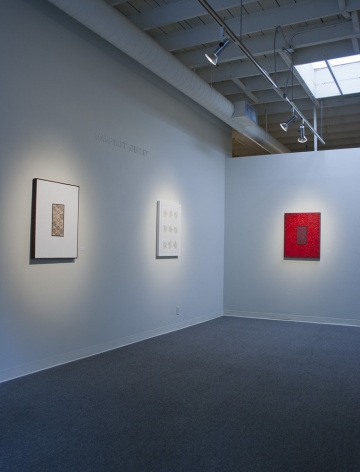 The process paintings of Margaret Shirley combine muted or brilliant colors with texture and patterns observed in found objects, such as leaves and seed pods, as well as human made items. Shirley's practice is to build up the painting surface with repetitive patterns using graphite, ink and tempera, or sometimes letting the patterns of her found material speak for itself. Her work is inspired by and often created from the things she sees and constantly gathers from the world around her. She notes that “in some of the more recent work the possibilities of collages have widened. There are other items of interest besides those provided by nature. Likewise, color possibilities have widened, become more vivid and not necessarily reflective of nature.” Shirley both explores process and makes studies of the world, rendering familiar forms into abstract patterns. The results are often mesmerizing fugues of pattern and texture that compel reflection both on the complexity of the world, as well as on minimalism, the spare, process–driven movement associated with artists including Agnes Martin and Donald Judd.