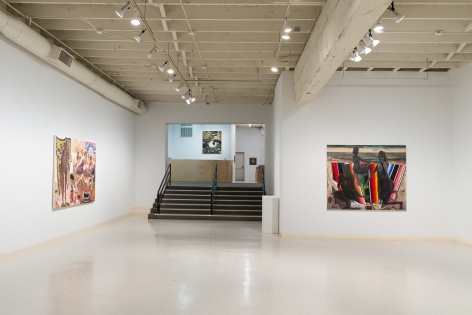 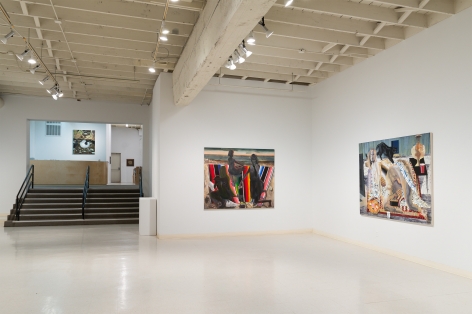 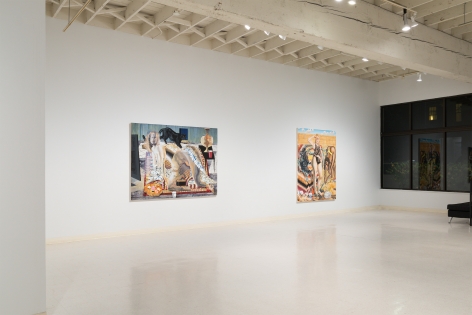 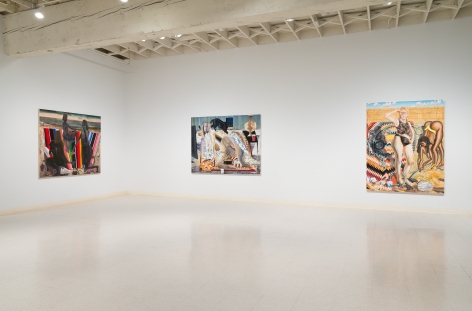 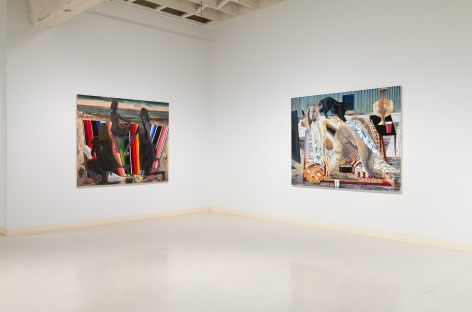 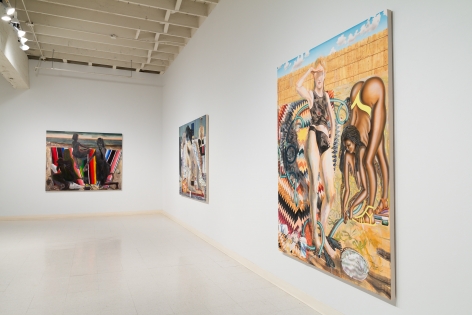 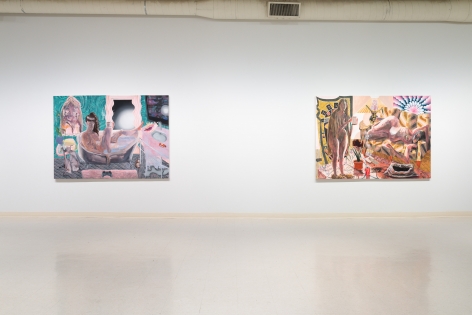 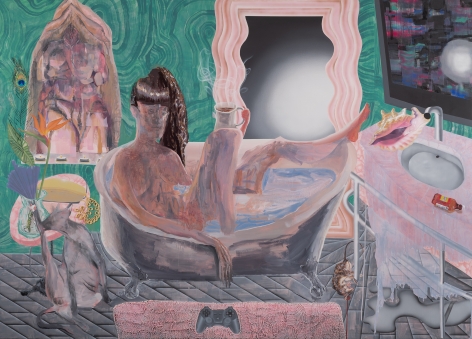 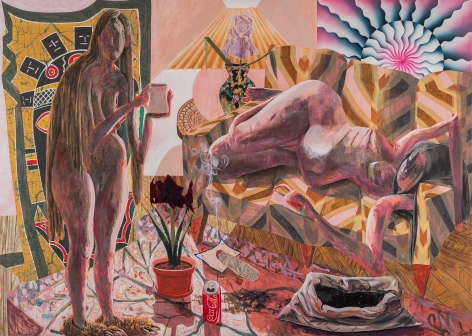 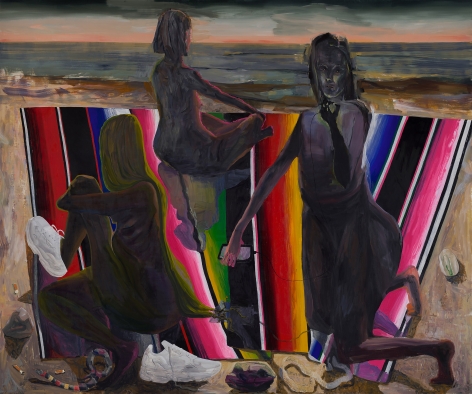 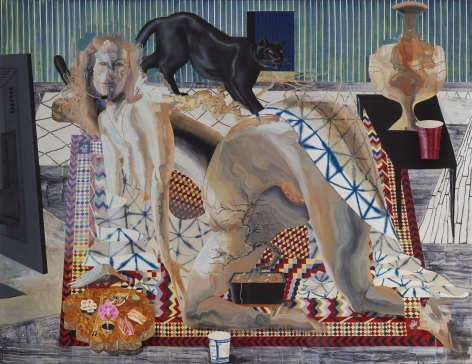 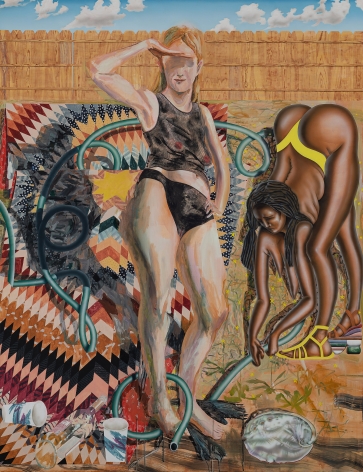 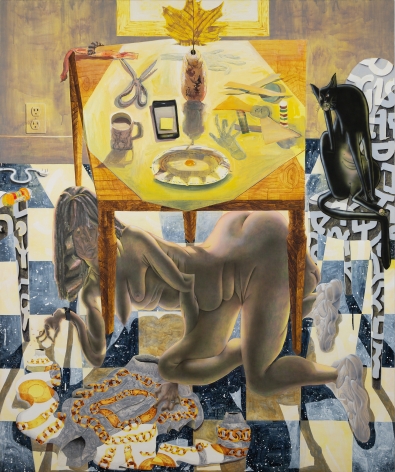 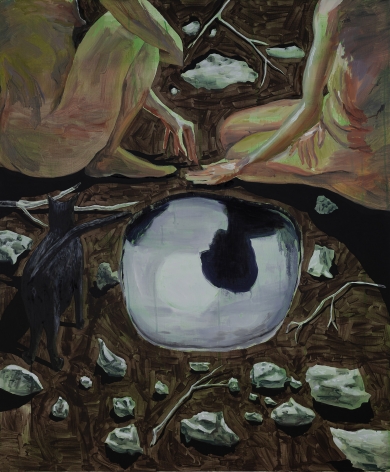 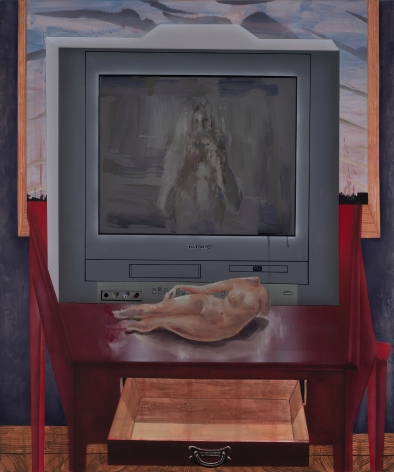 In Elizabeth Malaska’s second solo show with the gallery, Of Myth or of Monday, the artist presents the mingling of profound, mythic elements with the mundane, posing questions about what drives our actions and what affects our conscious and subconscious selves. In a series of paintings that depict the female form, Malaska creates densely patterned and multi-layered narratives, bringing to the forefront objects and scenarios that are both unusual and familiar, moments that are notable and difficult to decipher. As the artist notes, “These are liminal, in-between states—reverie, anxiety, attraction, contemplation. Transitory as such moments are, their existence nonetheless exposes how unknown and unknowable these women are—to us, and even to themselves.”

Of particular interest is the position of Mother. This is sparked by Malaska’s own experience as a mother, but extends to the larger project of investigating the mother archetype. Of Myth or of Monday explores a human culture that has a fraught, repression-based relationship with this figure, which is both personal and archetypal, quotidian, and mythic.

Born and raised in Portland, Malaska earned her MFA from the Pacific Northwest College of Art, after receiving a BFA from the California College of the Arts. Her work has been included in exhibitions regionally and nationally, including in Oregon at Portland Community College’s North View Gallery; the University of Oregon’s White Box; Disjecta; Milepost 5; and the Oregon State Capitol. She has received multiple grants from The Oregon Arts Commission and the Regional Arts & Culture Council in Portland. Her work is in the permanent collections of the Portland Art Museum, The Harold and Arlene Schnitzer Collection in Portland and, more recently, her work was acquired by the Schneider Museum of Art at Southern Oregon University in Ashland. 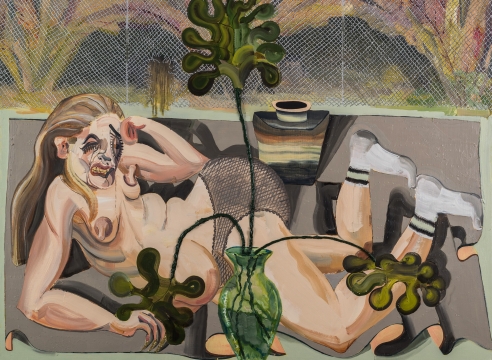