Originally from Spain, but a long-time Portland icon, Manuel Izquierdo died in July of 2009. He was born in Madrid in the 1920s, and came to the United States as a teenager, settling in Portland, Oregon. While in high school in Portland, he was encouraged to pursue woodcuts by well-known calligrapher Lloyd Reynolds. In 1951, he graduated from the Museum Art School (now Pacific Northwest College of Art), and soon after became a professor there. He was honored with a ten year retrospective at the Portland Art Museum in 1967. His public sculptures can be seen in a variety of Portland public places, such as the Dreamer in Pettygrove Square. His work is in collections including the Metropolitan Museum of Art in New York, the Philadelphia Museum in Pennsylvania; in Oregon at the Hallie Ford Museum of Art, the Jordan D. Schnitzer Museum of Art at the University of Oregon in Eugene, and the Portland Art Museum, and in Washington at the Seattle and Tacoma Art Museums, the Henry Gallery at the University of Washington, and the Museum of Northwest Art in La Conner. 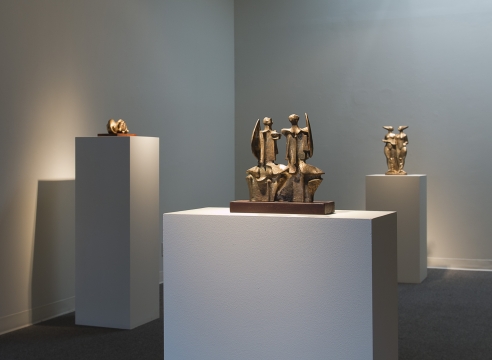 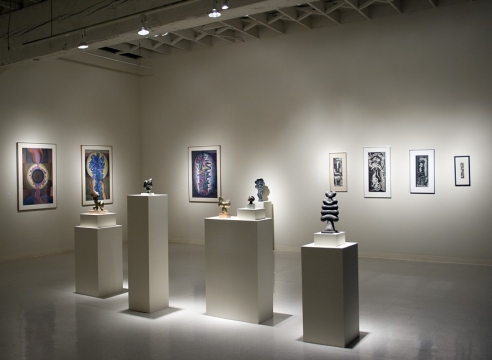 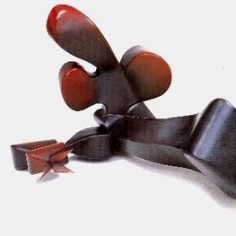 The work also needs to be remembered. That's why, five months later, it's good to see a memorial exhibition of Izquierdo's sculptures and works on paper at Laura Russo Gallery. 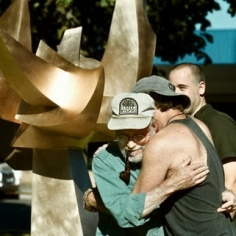 Manuel Izquierdo, the exceptional Portland sculptor and printmaker and one of the essential figures of Portland's mid-century art scene, died July 17 at 83.