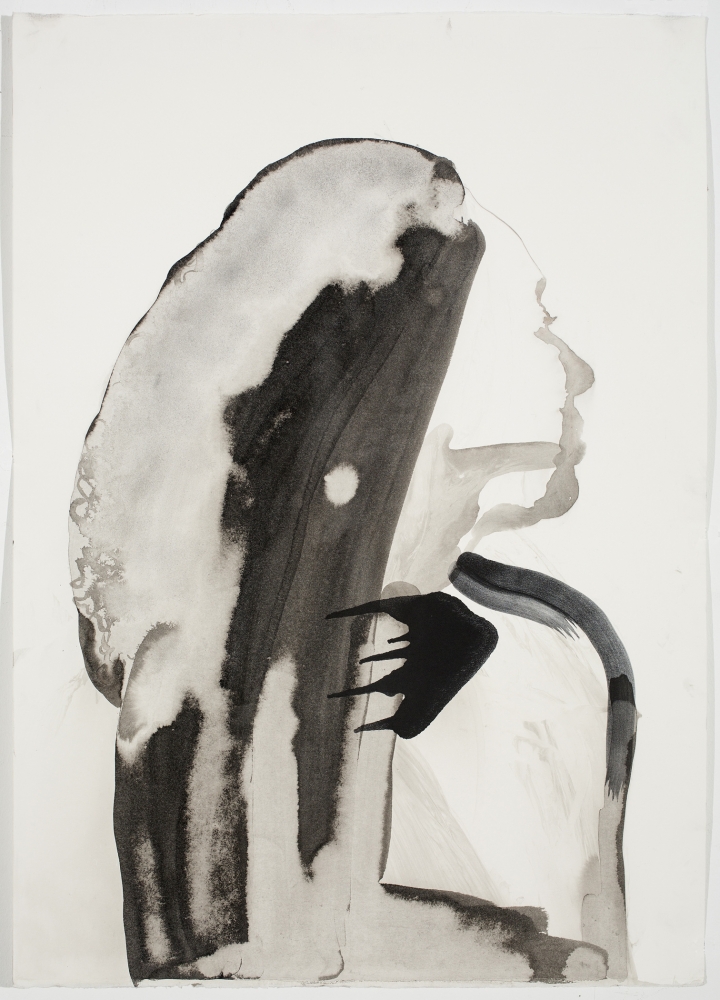 The Portland Art Museum is pleased to announce the winners of the 2015 Contemporary Northwest Art Awards, an awards exhibition celebrating contemporary art created in the greater Northwest (Oregon, Washington, Idaho, Wyoming, and Montana). The exhibition opens at the Museum in the fall of 2015.

The seven winners were chosen from 24 finalists based on the recommendations of Bonnie Laing-Malcolmson, The Arlene and Harold Schnitzer Curator of Northwest Art, and guest curatorial advisor Jessica Hunter Larsen, Curator of IDEA Space, Colorado College, who had reviewed the nominees. Laing-Malcolmson visited the artists’ studios over several months and presented her recommendations to the Museum’s director for the final review. The award-winning artists will be featured in the 2015 Contemporary Northwest Art Awards exhibition opening in October 2015.

“Choosing seven award winners from the outstanding list of 24 finalists for the 2015 Contemporary Northwest Art Awards was a daunting challenge,” Laing-Malcolmson said. “Each of the finalists was deeply deserving of a museum exhibition. From nomination to final prize, this biennial awards process delivers a twofold benefit: It allows the Portland Art Museum to identify a number of the Northwest’s exceptional talents, and it provides the museum with a far deeper understanding of the new work taking place in the region by both established and emerging artists.”

Victoria Haven, Seattle, Wash.
Using painting, sculpture, and video, Haven employs a combination of words and wordless arrangements to illustrate a story told in fragments. With language and mixed media, she binds together two- and three-dimensional imagery to create objects that cluster around unanswered questions. The recipient of multiple awards and grants, Haven has had her work exhibited at London’s Drawing Room, the Planthouse gallery in New York, Portland’s PDX Contemporary Art, The Howard House in Seattle, and the Tacoma Art Museum, among others.

Lead Pencil Studio, Seattle, Wash.
Annie Han and Daniel Mihalyo use video, sculpture, drawing, installation and photography to reveal the spatial qualities of the built environment that influence human behavior. This combination of styles expands the understanding of the constructed surfaces, which script a large portion of human movement and perception.Printed in a range of publications, Han and Mihalyo’s work has been featured at Wing Luke Art Museum in Seattle, North Carolina’s Weatherspoon Art Museum, Aichi Triennale in Japan, The Bakalar Paine Gallery in Boston, and Beyond Media: Vision in Florence, Italy, among others.

Employing a variety of materials, Louis engages architectural space utilizing glass, drawing, video, photography, fiber, light, and shadow to achieve a synthesis between intimate, domestic-scale pieces, performance works, and large-scale public projects. She has shown in numerous venues including the Hoffman Gallery at Lewis & Clark College, Portland; Kuhl Gallery, Oakland, California; Gallery 111, Sausalito, Calif.; and the Art Gym at Marylhurst University, Oregon. Louis has received awards, residencies, and grants such as a Pollock Krasner Foundation Grant Award; Opportunity Grant, Oregon Arts Commission and The Ford Family Foundation; Artist-in-Residence, Museum of Glass, Tacoma, Wash.; Artist-in-Residence, Bullseye Glass Factory, Portland; Individual Artist Project Grant, Regional Arts and Culture Council, Portland; and a Jordan Schnitzer Printmaking Residency, Sitka Center for Art and Ecology, Otis, Ore. Public commissions completed by the artist include Oregon State Hospital, Junction City; Clackamas Community College, Oregon; City of Portland at Yoga Union, Oregon; Ann Sacks, New York; and Northgate Library, Seattle.
Helen O’Toole, Seattle, Wash.
O’Toole uses painting as her voice. The visual medium is her means to express the spectacle of the past, revealed though misty areas of obscured forms, and veils of evocative color. She channels the deep-seated pain and misery of the past, lived amidst the compilation of grudges, suspicion, and violence that make up rural Ireland. O’Toole has showcased her work across the States and throughout Ireland, including the Linda Hodges Gallery in Seattle, The Linenhall Art Centre in Ireland, The Sazama Gallery in Chicago. Her paintings are built slowly and made in layers. Through her insistent layers of paint, she scrapes, pulls, and touches—she uses her “slowness” to provide a crucial “pitch” or threshold to her work. O’Toole creates a prolonged moment, where the painting’s vast space evokes an image with a resonating emotional depth.

Akio Takamori, Seattle, Wash.
Takamori strives to create a situation in which social awkwardness can stimulate people’s curiosity and interest in others. It can be a beautiful awkwardness that makes the viewer uncomfortable, and describes his fascination in the realization that people can appear differently when viewed individually versus collectively. It is a subconscious shift in perspective, that while living in our contemporary society of a great mix of people, we sometimes feel uncomfortable or self-conscious about ourselves being the outsider, ourselves as being the ones that are “different looking.” Takamori uses sculpture to express this discomfort and has been featured in many exhibitions throughout the world, including The Ariana Museum in Switzerland, Galerie Collection in Paris, the James Harris Gallery in Seattle, and the Harvey/Meadows Gallery in Aspen, Colo. He is also the recipient of several awards, grants, and honors, including The USA Ford Fellow, the Neddy Artist Fellowship, and election to the American Craft Council College of Fellows in New York. Living in Seattle, he is able to create a “crossroad” where people’s senses are heightened and alert; where a sense of humor, generosity, and humility are close at hand.

Willem Volkersz, Bozeman, Mont.
Volkersz has an immigrant’s fascination with America. Emigrating with his family from Amsterdam to Seattle at 14, he began photographing a newly discovered landscape of billboards, vernacular architecture, and pink flamingos. Over time, he became fascinated with roadside art and pop culture: larger-than-life advertising figures, neon signs, postcards, and travel souvenirs. Volkersz employs painting and sculpture to narrate growing up in 1950s America.

With over 50 exhibitions, from the Visions West Gallery in Denver, to the Museum of Northwest Art, to the Paris Gibson Square Museum of Art, to the Museum of Neon Art, his work has been on display across the country as well as internationally. He has received numerous reviews, awards, grants, and publications praising his work. Volkersz’s more recent exhibitions “Stories of War and Peace” and “When I Was A Boy” are part of an ongoing series about growing up during World War II and the young victims from his elementary school who died during the Holocaust. His work will be on view at the Yellowstone Art Museum in 2015 to further explore this theme.

Samantha Wall, Portland, Ore.
Wall seeks to communicate the interior emotional state that separates one’s sense of self from their body. By probing the indistinct edges, she is able to search for moments where the body and psyche are untethered, free from influence. She utilizes modest materials, such as graphite or charcoal, to build a supple, interlaced texture of marks which are suspended on the surface of paper. Her recent series of portraits records the expressions of women whose features resist racial categorization. Having learned to navigate between social and cultural boundaries, each woman has ascribed a false or incomplete identity based on these physical characteristics. Each portrait captures the subjective experiences to reveal an affective identity woven from an emotional connection between her and the subject.

Wall is the recipient of a number of awards and grants and has presented her work in exhibitions across the Country, including the Stella Jones Gallery in New Orleans, the Fairbanks Gallery in Corvallis, the Olive Hyde Art Center in Fremont, Calif., and the McMaster Gallery in South Carolina.

Regional arts professionals, including curators, artists, dealers, academics, and critics were invited to nominate visual artists based on the quality of their work, innovation, relevance to community or global issues in the arts, continuity of vision, commitment to their practice, and level of development in their career. The Museum received 235 nominations and invited the nominated artists to submit application materials. Of the nominated artists, 192 submitted materials for review.

Bonnie Laing-Malcolmson, The Arlene and Harold Schnitzer Curator of Northwest Art, and guest curatorial advisor Jessica Hunter-Larsen, Curator of IDEA Space at Colorado College, reviewed the nominees’ materials and selected 24 finalists. Laing-Malcolmson visited the artist’s studios over many months, reviewed the finalists with Hunter-Larsen, and presented her recommendations to the Museum’s director for the final review. These artists will be featured in the 2015 Contemporary Northwest Art Awards exhibition opening in October.

About the Contemporary Northwest Art Awards

The Contemporary Northwest Art Awards honors artistic merit and potential while providing an in-depth and scholarly presentation of work by a select group of professional contemporary artists living and working in the Northwest. The awards recipients are honored with an exhibition in the Museum’s special exhibition galleries, a full-color catalogue, exhibition-related programming, and cash awards. One recipient will be further recognized with the Arlene Schnitzer Prize in the amount of $10,000.

Organized by the Portland Art Museum and curated by Bonnie Laing-Malcolmson, The Arlene and Harold Schnitzer Curator of Northwest Art.

The Contemporary Northwest Art Awards exhibition, presented by the Portland Art Museum, is funded in part by The Arlene and Harold Schnitzer Endowments for Northwest Art.

SPONSORS:
The Contemporary Northwest Art Awards exhibition, presented by the Portland Art Museum, is funded in part by The Arlene and Harold Schnitzer Endowments for Northwest Art.