The Persistence of Folly

Russo Lee Gallery is pleased to exhibit 2020, a collection of new work by ceramic artist Richard Notkin. Never shy of statement and controversy, Notkin will present sculpture and wall reliefs concerned with current political themes and figures on the eve of the 2020 election.

A studio artist who lives in Vaughn, Washington, Richard Notkin’s teapots and ceramic sculptures have been exhibited internationally and are in more than 75 public collections, including the Metropolitan Museum of Art in New York, the Smithsonian Institution in Washington, DC, the Los Angeles County Museum of Art, the Victoria and Albert Museum in London, and the Shigaraki Ceramic Cultural Park, Japan. Among his awards are three artist fellowships from the National Endowment for the Arts, and grants from the John Simon Guggenheim Memorial Foundation and the Louis Comfort Tiffany Foundation. In 2008, Notkin was elected a Fellow of the American Craft Council, and awarded a Hoi Fellowship by the United States Artists Foundation. He is also the recipient of the Meloy Stevenson Award from the Archie Bray Foundation, Helena, MT, and the Honorary Membership Award from NCECA, National Council on Education for the Ceramic Arts. 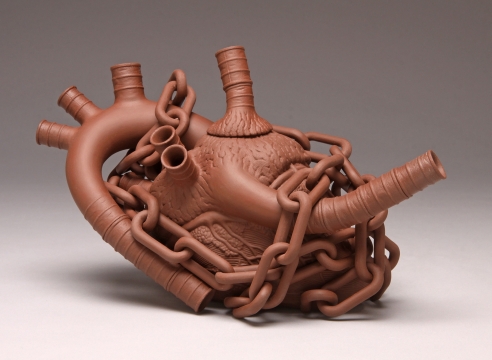