Portland sculptor Michihiro Kosuge is well known for creating sculpture from large slabs of granite and basalt. With the patience and discipline of an experienced sculptor, Kosuge thoughtfully shapes each stone sculpture into a range of organic and geometric forms. Kosuge uses drills, blowtorches, and grinding wheels to create each unique piece, taking every inch of surface area into consideration—areas are thoughtfully honed, shaped and polished, or sometimes left pristine. Kosuge’s reflective nature also reaches beyond the stone’s surface. The sculpture’s relationship to place and one’s interaction with that place also plays a pivotal role. Each sculpture reflects an interest in the relationship between humans and nature, permanence and impermanence, continuity and transformation.

The endurance of Kosuge’s sculpture is also emphasized in his publicly commissioned work. Of particular note, Kosuge’s large-scale stone installation “Contemplative Place” which was originally sited at Ed Benedict Park in 1996, a park that underwent substantial change in uses, has recently been moved to a new location at the Leach Botanical Garden and will be rededicated in the coming months.

This year marks the 52nd anniversary of Michihiro Kosuge’s arrival in the United States in 1967. Born and raised in Tokyo, Japan, Kosuge first studied architecture at the Tokyo Sumida Technical School of Architecture and then went on to receive his MFA in sculpture from the San Francisco Art Institute in 1970. He began teaching art at Portland State University in 1978, becoming a full professor in 1989, and after serving three years as the Chair of the Art Department, retired in 2003. His first exhibition was in San Francisco in 1970 and he has exhibited continuously ever since. Exhibitions of his work include the Oakland Art Museum, the Portland Art Museum, the San Francisco Museum of Art, and the Seattle Art Museum. Major commissions include a 5-piece commission for the Portland TriMet Transit Mall, a comprehensive landscape and sculpture project for Highline Community College, Des Moines, WA; and major works for the River Point Education Center, Spokane, WA; Kaiser Permanente Foundation, Vancouver, WA; the Little Tokyo Mall, Los Angeles, CA; Portland Community College, Sylvania Campus, and Portland State University, in Portland, OR; and the Washington County Justice Center, Hillsboro, OR. 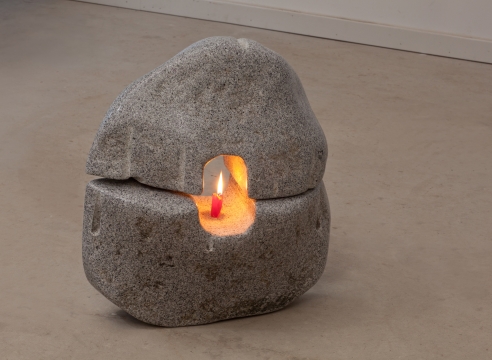